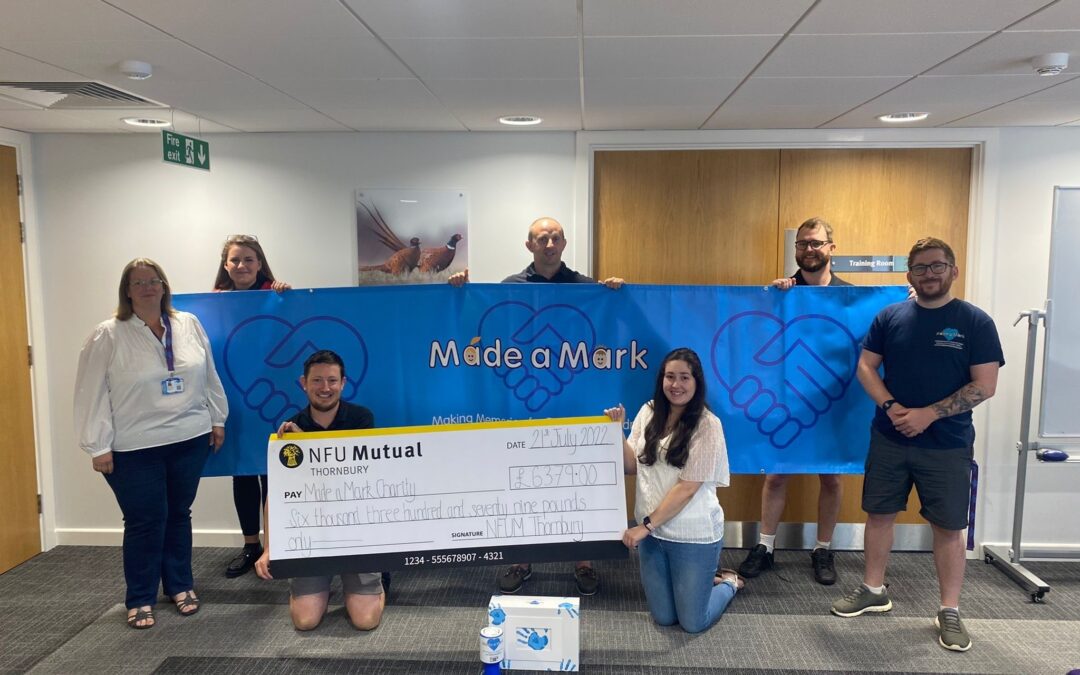 Made a Mark are proud to have been nominated by NFU Mutual Thornbury to receive a donation from the national £1.92 million NFU Mutual Agency Giving Fund! As a result we received an incredible £6,379!

As part of the Giving Fund all NFU Mutual’s Agents and local branches have been given the opportunity to nominate local charities to receive a share of the funds. Find out more about the NFU Mutual Agency Giving Fund here.

The donation of £6,379 came at just the right time as we reached a financial hurdle after ordering our second batch of 500 memory boxes this year! 2022 has proved to be our busiest year to date, supplying over 746 memory boxes (at a cost of £29,840 to the charity)!

Thanks to the nomination from NFU Mutual Thornbury and the generosity of the National NFU Mutual Agency Giving Fund we were able to immediately place large orders on contents for our memory boxes ensuring limited disruption to organisations and most importantly children and their families.

We have chosen this charity as we truly believe this is the most worthwhile cause of what Made a Mark as a charity are doing to help families. We also feel that the story of the charity has touched all our hearts with many of us in the office having children.

Over the past 2 years NFU Mutual Thornbury have continuously supported Made a Mark and have raised in excess of £13,000!

To show our appreciation two our of trustees Alistair & Angela were delighted to present them with a glass award at their office in Rudgeway.